How Much Waste Does Your School Create?

Students » How Much Waste Does Your School Create?

In one school year, Windsor Connecticut’s public schools throw out roughly half a million non-recyclable styrafoam lunch trays. If stacked one on top of another these trays would be taller than four of the worlds largest structures COMBINED!

How did we figure this out? Peter Faulk of the Windsor Green Committee helped us with some research and provided the image of the trays stacked next to 4  of the world’s largest structures. Take a look at the research and math below used to calculate the amount of trays used in Windsor’s public school’s lunch rooms daily, and yearly . 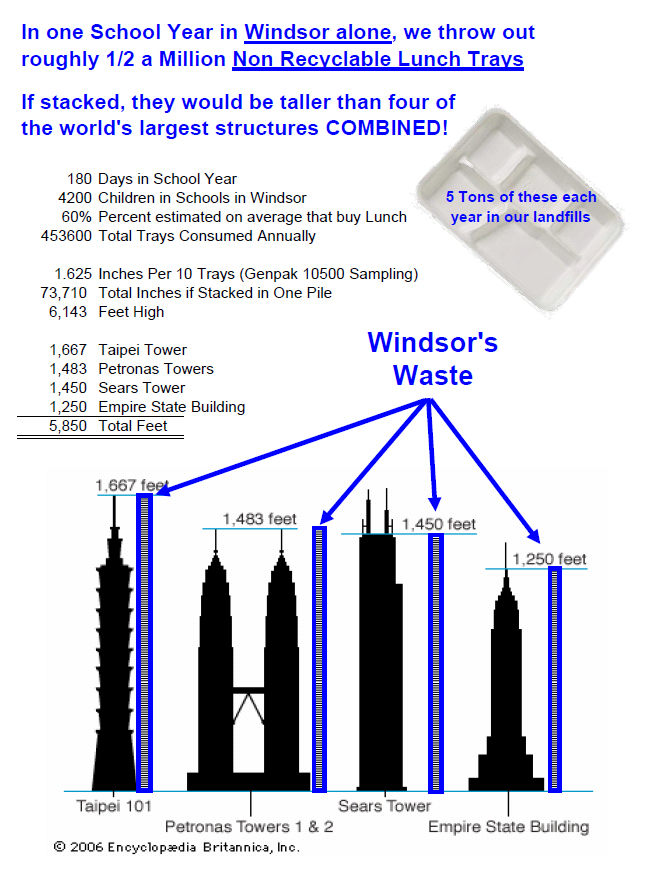