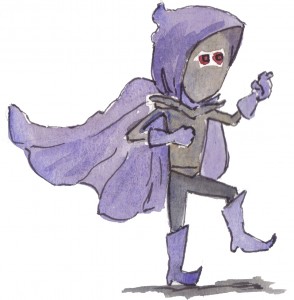 The Phantom Draw lives in appliances that are still running after you have switched them off (this is called standby mode). You will know the phantom is still drawing power by a small green, blue, or red light on your appliance. The phantom draw is a major electricity waster and adds to air and water pollution.

Energy– is the ability to do work. Energy can be found in a number of different forms. It can be chemical energy, electrical energy, heat (thermal energy), light (radiant energy), mechanical energy, and nuclear energy

Appliance – devices such as refrigerators, stoves, microwaves, and computers, designed to perform a specific task.

Electricity– the supply of electric current to a house or other building for heating,lighting, or powering appliances. Electricity is most often generated by the combustion (burning) of hydrocarbons (oil, coal, gas) or other substances that release substantial amounts of carbon dioxide, causing global warming, and other pollutants such as sulphur dioxide, which produces acid rain.

Kilowatt- a measure of 1,000 watts of electrical power, electricity.